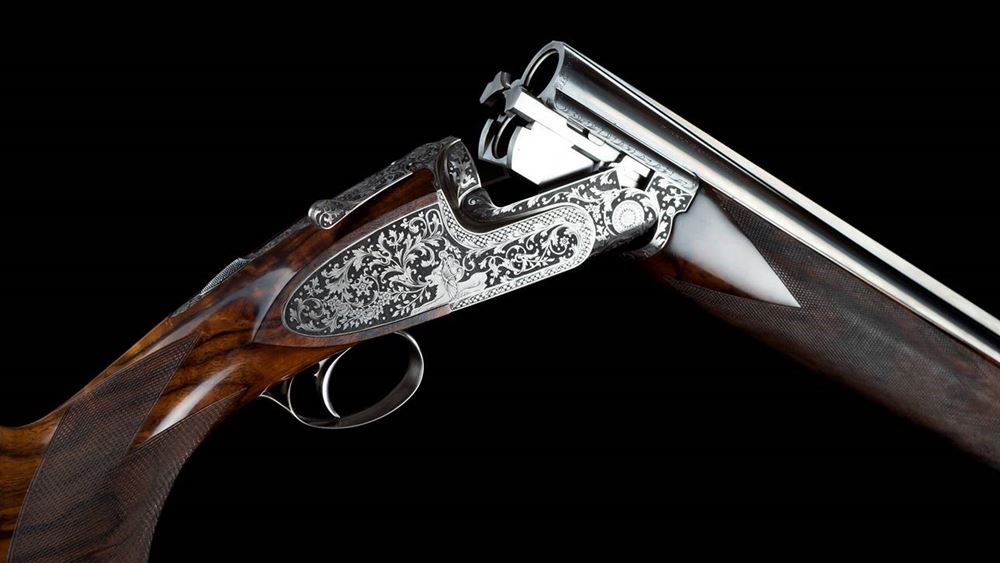 The ultimate in bespoke shotguns

When Adam started Calvert Sporting he was fully aware that all shooters are different; height, build style, technique are all as individual to us as a fingerprint, so he recognised there was a place for guns built exactly to the clients shooting needs as well as their physical features.  This took Adam on a quest to find the ultimate in bespoke guns.

It was not long before Adam arrived in the heart of the Italian gunmaking region and ultimately at the factory door of Fabbri.  What followed was a year-long process of discovery and evaluation to prove that the guns Fabbri make could fulfil that requirement as the ultimate bespoke gun, and that the guns could meet the rigours of a season of UK game shooting.

During this period Adam used a Fabbri shotgun not just as his own personal shotgun on game days, but also as his teaching gun, in the process being sure to push the gun beyond any reasonable limits.  That intensity of year round usage in all conditions would certainly find any limitations of, or flaws in many a shotgun gun, but the gun performed above and beyond any expectations that Adam had.  Simply, it had proved itself beyond all doubts.

A unique partnership between Calvert Shooting and Fabbri soon developed, culminating in Calvert Sporting becoming the exclusive UK Agent for Fabbri shotguns.  The relationship is a truly symbiotic partnership, Adam brings a wealth of knowledge of gun fitting, gun performance and in-field practical experience of game shooting in the demanding conditions of the UK.  Whether that be high pheasants, grouse, pigeon or even evening wild duck flighting over a pond, that breadth of knowledge means Adam is really able to understand what the client needs from a shotgun.  At the same time Fabbri offer absolute cutting edge technology and materials including stainless steel barrels, titanium actions, tungsten-carbide sears that produce arguably the best trigger pulls in the world, together with high-tech CAD/CAM design and simulation software to laser welding techniques.  The list of technology and ground breaking techniques utilised in producing every Fabbri shotgun is almost endless.

It would be easy for a company who has achieved such recognition to rest on their laurels, however, this is not the Fabbri way.  In-line with the Ivo Fabbri’s founding principles there is an on-going and constant commitment to innovation and improvement, whether that is from direct customer feedback about how a gun feels or performs through to making significant investment in new materials, processes or machinery the outcome is that Fabbri are seeking constant improvement.

But why a Fabbri?  Simply put, they are among the most exclusive and best guns produced in the world today.  A bold statement, but the quality of materials, the state-of-the-art precision production methods and the skilled craftsmen that produce each Fabbri gun make them a match for any of the leading premium names in gunmaking.  Don’t just take our word for it, Fabbri were listed in The Field Magazines 20 Best Shotguns in the world.

This unique combination of understanding, intuition, knowledge and the highest standard of manufacture has allowed Calvert Sporting clients to receive the ultimate in bespoke guns that are not only works of art but offer superb reliability and longevity which is backed up by Fabbri’s lifetime warranty.

To discuss your bespoke Fabbri gun, contact us today.

Ivo Fabbri, widely regarded as a design genius, founded the company in 1968 eight years after he began working with Daniele Perazzi.  What caused the two paths to differ was a philosophical difference in their ambitions, one wanted to create the best competition gun in the world, whereas Ivo Fabbri, inspired by the traditions of London gunmaking simply wanted to make the best guns in the world.

That founding principal of the firm is still evident today under the guidance of Tullio Fabbri, the son of founder Ivo Fabbri.  But perhaps what sets Fabbri apart from the best London gunmakers is their willingness to accept and embrace new methods and technologies to produce the finest guns.  Fabbri do not make a distinction in quality or relevance between machine made or hand made – they see them as sitting naturally side-by-side where the ancient artisan traditions merge with modern technology to produce beautiful shotguns. By turning innovation and the use of machines into an art form itself Fabbri can arguably claim to produce some of the world’s finest and most coveted shotguns.

The fact that every single part of a Fabbri shotgun is computer designed, tested using complex simulation software and manufactured in-house goes part way to explaining the superlative performance and feel of these guns.  From the smallest screw to the barrels and actions it is a perfect union between design and manufacture using only the very best of materials available.

That original dream of making the best shotguns in the world was without doubt ambitious, but there is a lot to point to the fact that this dream has indeed been realised.

“We only go through life once, why not shoot Fabbri”   John Milius

To discuss your bespoke Fabbri gun, contact us today.